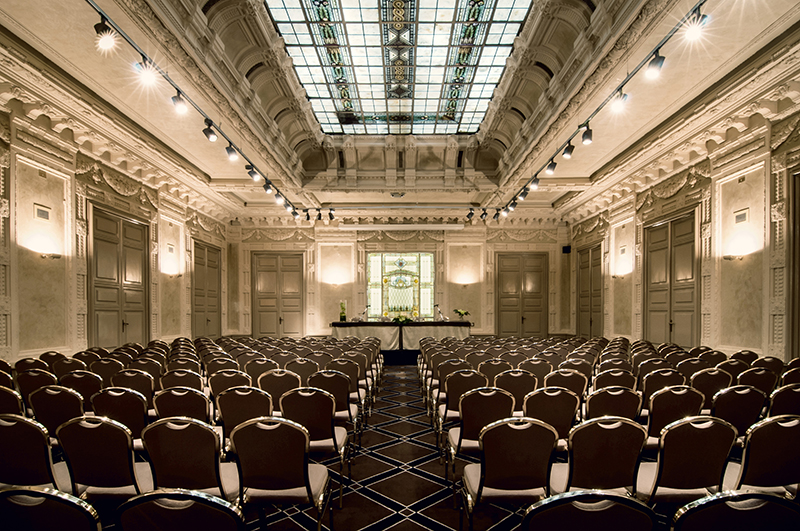 The Conference Centre of the Grand Hotel Baglioni is made up of nine fully renovated, functional and elegant rooms. Equipped with the all the most up-to-date technical equipment, the rooms can easily be opened up between themselves to create versatile and articulated spaces; similarly, the front desk can be placed near the entrance of the hotel for better visibility. The whole Convention Centre is covered by Wi-Fi and also has an Internet Point with printers for your use. The rooms have a total capacity of about 400 people, which can vary according to their layout.

Offers and services for you You are in : Piazza dell'Unità Italiana 6, Firenze
Thursday 28 January 2021

This page was created in: 0.03 seconds

This website or its third-party tools use cookies, which are necessary to its functioning and required to achieve the purposes illustrated in the cookie policy. By closing this banner, scrolling this page, clicking a link or continuing to browse otherwise, you agree to the use of cookies. If you want to know more or withdraw your consent to all or some of the cookies, please refer our Cookie Policy More info